Transponder keys are one of the two major categories that define most automotive keys. The other would be non-transponder keys, which are also known as flat metal keys. If your car keys belong to the transponder category, there are several things that you are going to want to keep in mind. If nothing else, you’d probably like to know why replacing the transponder key to your Toyota is so bloody expensive! 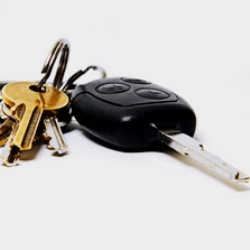 The Basics Of Transponder Keys
The first thing you will want to do is make sure you understand the difference between transponder keys and automotive remotes. The two could not be more different from one another. While some of these remotes are built into the keys themselves, with other remotes being built separately from the key, the remote itself remains its own unique entity.

Regardless of the vehicle you own, the transponder key concept essentially remains the same. You have something that involves the use of small microchips within the plastic heads of your keys. The microchip will receive a signal from the vehicle. In order for your vehicle to operate, it needs to be able to receive a signal from the transponder key. Essentially, you can think of it in terms of your car sending out a six-digit number. Your transponder key is going to interpret and crunch that number, and then it’s going to respond.

If you need to make a copy of your transponder key, you have a couple of options. In many cases, you are going to need to bring the work to professional locksmiths. These are the experts who are going to have the tools and equipment necessary to make/clone keys that are going to be programmed to work with your car. Certain vehicles do not actually require going to a locksmith, but you’ll obviously want to make sure your vehicle qualifies for the process known as OBP (on-board programming). This process essentially involves programming new keys on your own. The steps for accomplishing this are pretty straightforward.

Call a locksmith that specializes in automotive transponder key programming. No other locksmith will do because of the technical nature of the job.

If you live in the San Antonio area you will be pleased to hear that we offer these services. Our transponder key service is second to none. Give us a call now to book your appointment: (210) 960-8946

We offer discounts for Military, Students and Seniors